This past December marked an exciting milestone in the history Dunkin’ Brands, the parent company of Dunkin’ Donuts and Baskin-Robbins, having opened its 20,000th location globally. It would have been hard to imagine when the brands were first founded in 1950 and 1945, respectively, the role each would play in the daily lives of so many people around the world. 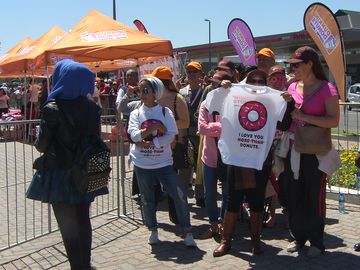 Guests line up to be among the first to visit Dunkin’ Donuts in South Africa. (October 2016)

Today, Dunkin’ Donuts gets and keeps people running with its range of coffees, espresso beverages, sandwiches and baked goods in countries including Brazil, Germany, New Zealand, Saudi Arabia, South Korea and Switzerland. Additionally, Baskin-Robbins serves up its iconic “31 flavors,” as well as other treats including ice cream cakes, frozen beverages and ice cream sundaes in countries such as Canada, Ecuador, India, Japan, the United Arab Emirates, the United Kingdom and Vietnam. 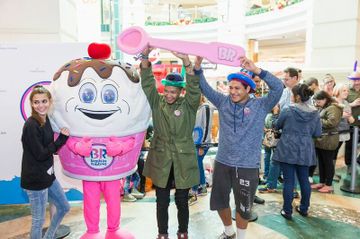 Baskin-Robbins fans pose with the brand’s mascot and iconic pink spoon at a grand opening celebration in South Africa. (December 2016) 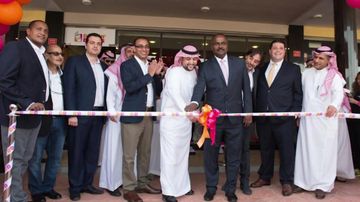 Dunkin’ Donuts celebrates the opening of its first location in Bahrain. (November 2016)

We’re proud to serve guests around the world their favorite Dunkin’ Donuts and Baskin-Robbins products, and look forward to serving even more customers around the globe in the year ahead. This includes the upcoming first Dunkin’ Donuts restaurant in Amsterdam, which is scheduled to open on March 23rd! 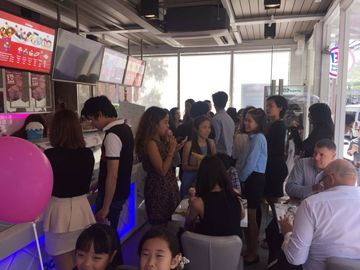 Ice cream lovers come out in droves for a new Baskin-Robbins shop opening in Thailand. (December 2016)