DD Green Achievement: Coming to a Dunkin’ Donuts Restaurant Near You

Rob MacDonald, a third-generation franchise owner in Brewer, Maine, has seen a lot of changes at Dunkin’ Donuts. “Back way before I was born, it was black coffee and a donut. That’s pretty much all they had.” Since then the menu has exploded — and so have Dunkin’ Donuts’ sustainability efforts.

“We recycle our coffee grinds into compost for fields and gardens, and the customers actually can come in and take buckets of it home with them for their own composting needs,” said MacDonald. He also installed LED lighting throughout the building and attached motion sensors to some of the lights to save energy.

The LEDs are part of DD Green™ Achievement, a program aimed at making Dunkin’ Donuts restaurants more energy efficient, water efficient and healthier for employees, customers and the planet.

When they build or remodel a restaurant, DD Green Achievement franchise owners make certain choices, such as installing low-flow plumbing fixtures to save water or using no-VOC paint to improve air quality. Since the program launched in 2014, 73 DD Green Achievement restaurants have opened across the country, including in California, Florida, Georgia, Maryland, New Jersey, Texas and Virginia. Dunkin’ Donuts’ goal is to open a total of 100 by the end of 2016.

“When we started doing it I said, ‘Why not get on board with this DD Green Achievement program and really try to lead the way for the remodeled locations, and try to do something completely different that the area’s never really seen up here?’” said MacDonald.

He even installed an electric vehicle charging station so customers can charge up while sipping a cup of coffee and reading the paper.

The green initiative is already paying off, and not just for the environment.

Kimberly Garrett, a franchise owner in Falmouth, Maine, and chief operating officer of the Wolak Group, which owns and operates more than 85 Dunkin’ Donuts restaurants, said coffee grinds were once the heaviest part of her restaurant’s waste. Now, instead of ending up in landfills, the grinds become compost that is ultimately sold to local farms. 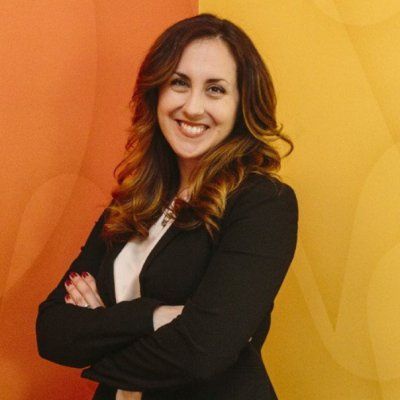 Kimberly Garrett, who spent a decade in California, was happy to bring an Earth-friendly attitude back East.

“Recycling and composting was mandated as a way of life out there. You had no choice.” When she moved back to Maine, she explained, “I saw that as an opportunity to show people here something that I knew as an easy way of life, and I wanted to prove that I could do it and not lose money.”

Stickers on her windows and doors let customers know the restaurant composts. “I do have customers that ask for the compost, which is something I can offer them.”

“We need to be a little bit more conscious about what we’re putting in our waste stream and where we’re putting it and what else could we be doing with it,” said Garrett. “It’s something I feel should be a social responsibility moving forward.”

For MacDonald, community involvement is one of the top perks of going green. “The town mayor was just in the store the other day thanking us for putting that car charger in. To me, that’s the biggest thing that we could have ever done.”

*This blog was originally posted on MNN.com. To see the original article, please visit here.