Last week, we were very excited to announce that Dunkin’ Donuts is continuing its support of women’s hockey with a multi-year agreement with USA Hockey. With this partnership, Dunkin’ is now the official coffee shop of the U.S. Women’s National Hockey Team and will help keep the athletes running (and skating) as they prepare for the big stage. 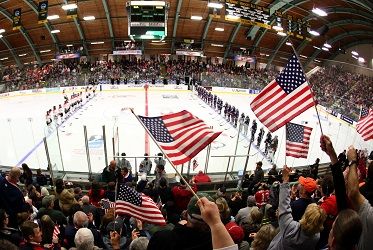 This partnership is particularly important to us since we recently announced our support of women’s hockey by becoming the first official corporate sponsor of the new National Women’s Hockey League (NWHL). Not only will our logo be proudly displayed on the jerseys of the four teams – the Boston Pride, Buffalo Beauts, Connecticut Whales and New York Riveters – but we’ll also work with the NWHL to coordinate youth hockey clinics in these areas to further promote the sport. Finally, we’ve also partnered with five-time world champion and two-time Olympic silver medalist Meghan Duggan of the NWHL’s Buffalo Beauts. 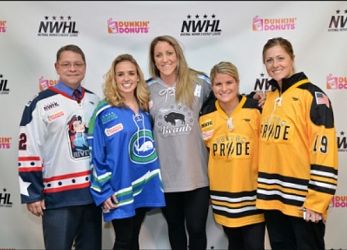 We’re excited to continue our commitment to support female athletes and help drive awareness of the increasingly popular sport of women’s hockey, and can’t wait to cheer on the NWHL and USA Hockey athletes for years to come!