As TODAY celebrates its 60th anniversary on Friday, January 13, Dunkin’ Donuts is proud to help commemorate the occasion by introducing a special TODAY Donut. From Monday, January 9, through Sunday, January 15, participating U.S. Dunkin’ Donuts restaurants will carry the TODAY Donut, a yeast ring donut, topped with vanilla icing and TODAY-colored sprinkles in a red, orange and yellow mix. 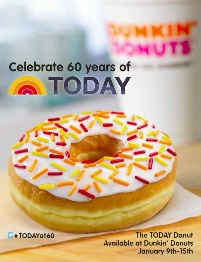 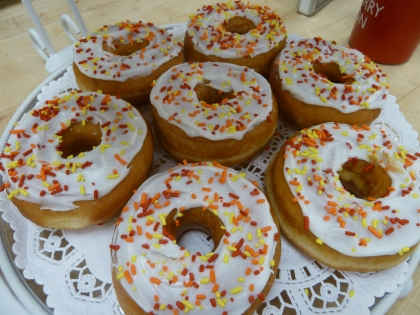 Step 1: Assemble the bottom layer of cake on a circular tray by laying seven donuts in a flat, circular pattern, frosting side up. 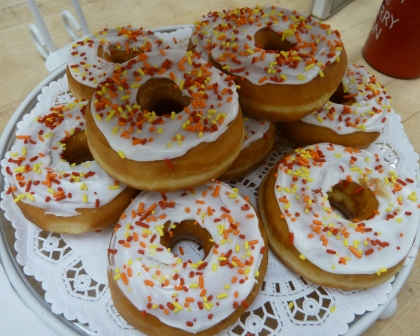 Step 2: Building upon the first layer of donuts, place two additional donuts, centered atop middle of the circular base. 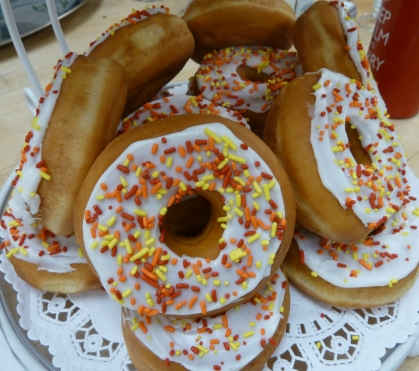 Step 3: Continue to build the cake vertically, adding six donuts to the second layer by placing them against the two flat-laying donuts, with the frosting facing outwards. 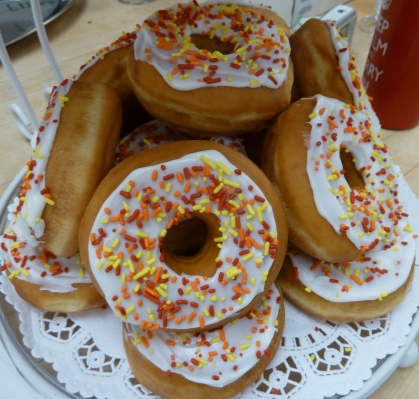 Step 4: Add a final, flat-laying donut to the top of the cake, balancing it atop the second layer, centered. Top with a “6” and “0” candle to be festive!