With the help of the legendary duo of New England Patriots’ tight end Rob Gronkowski and Boston Red Sox slugger David Ortiz, we’re proud to announce that together with our agency partner, SapientNitro, we have won our first-ever CLIO Award — actually, we won two Gold Awards — for our “Summer Chill” advertising campaign last summer. 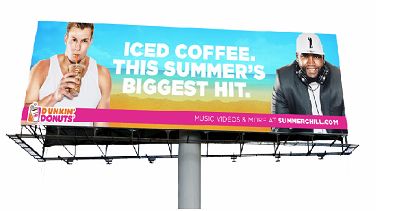 The debut musical collaboration between the two New England sports legends celebrates their mutual love of Dunkin’s famous Iced Coffee. While their first hit single, “Sippin” had a laid-back summer sound, Gronk and Big Papi’s album also featured electronic, country, and salsa style songs. This summer, Dunkin’ Donuts and SapientNitro teamed up again to create another winner, reuniting the duo who are singing “Dunkin’ Paradise” all summer long. What are the CLIO Awards you ask? The CLIO Awards are one of the most prestigious advertising awards in the world, celebrating creative business and agency work that pushed boundaries and established new precedents. It is a great honor to be awarded in this competition, as less than 10% of submitted entries went on to win an award in 2016. 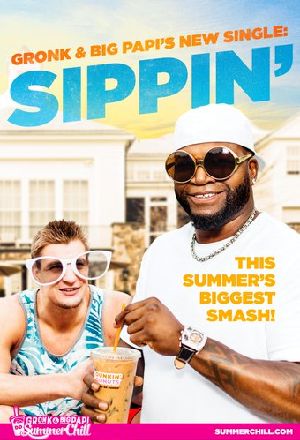 Thanks to Gronk and Big Papi for being great partners, and to SapientNitro for the great execution of last summer’s “Summer Chill” campaign. Follow us on Facebook, Twitter and Instagram and make sure to tell us how you’re ‘livin’ in a Dunkin’ Paradise’ all summer!