Raising a Cup to Some Heroic Dunkin’ Donuts Employees

This week, we wanted to call out a few recent and special acts from within our own Dunkin’ Donuts family. 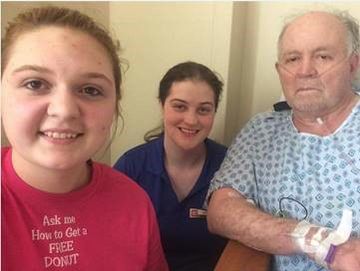 Megan Schriner and Danielle Hastings are two young women who work at a Dunkin’ Donuts restaurant in Lisbon, Ohio. They grew concerned when Gary Phillips, a guest who stops by this Dunkin’ every morning, did not come in for several days. Gary was so beloved by his local Dunkin’ Donuts crew, they had even planned to celebrate his 73rd birthday at the restaurant. Megan and Danielle decided to stop by his house to check on him, and found he had fallen several days earlier. They called an ambulance when they saw Gary was not able to get up, and he was taken to the hospital and is now on the mend. For more on this extraordinary story, click here. 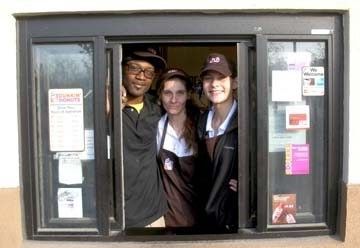 Brianna Player and Mel White are also two franchised employees at a Dunkin’ Donuts restaurant in Walterboro, South Carolina. When a car entered the Dunkin’ Donuts parking lot on fire, Brianna leapt out of the drive-thru window and raced over to help. She was able to pull the driver out of the car, while Mel doused the flames with a bucket of water. The Fire Department arrived minutes later and the fire was successfully extinguished. Read more about Briana and Mel’s heroic act here.

We are very proud of these dedicated franchised employees and want to express our appreciation for their dedication and care.