Which Professions Need Coffee Most? We've Got The Scoop!

September 29 is National Coffee Day, when we celebrate the unique role coffee plays as an important part of our daily lives, and especially in the workplace. In honor of the holiday, for the third year in a row Dunkin’ Donuts and CareerBuilder, the global leader in human capital solutions, partnered for a survey to find out which professions rely on coffee most.

So which group of workers really needs their daily cup of Joe? Survey says….food prep and service workers were the profession that needs the most coffee, followed closely by scientists and then sales representatives. 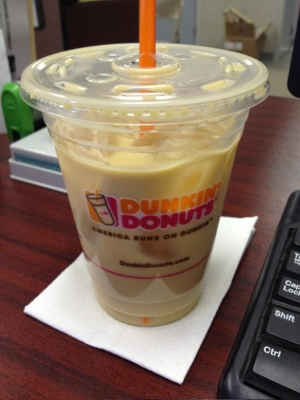 The survey also looked at other ways coffee fits into workers’ “daily grind.” For example, did you know that most workers don’t stop at just one cup? Of those surveyed, 63% of people drink at least two cups per day. An additional 28% drink at least three.

Could a pot of coffee be a fountain of youth? Compared to older workers, the majority of younger respondents rely on their daily brew for energy and motivation, with 62% of those aged 18-34 claiming to be less productive without it! 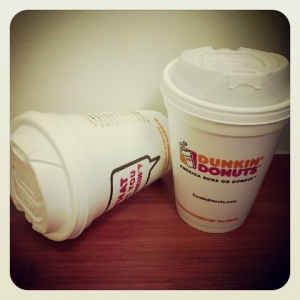 How many cups keep you running at work?

Ever wonder if coffee-drinking varies by U.S. region? This year’s survey suggests that they do. 64 percent of workers in the Northeast drink at least one cup per day, compared to the South at 54 percent and the Midwest and West at 51 percent.

Finally, when it comes to needing coffee to be more productive, it’s ladies first. The percentage of females who claimed that they were less productive without coffee (47%) surpassed that of males who made the same statement (40%).

This National Coffee Day, regardless of profession, age or location, it’s certain that coffee will continue to be an essential part of the workforce and keeping America running! Check out our infographic below for more facts from our survey.